Raising Chickens in Alberta – A guide to for small flock owners

We recently developed a manual for backyard and small flock poultry owners in Alberta. It will introduce you to the specific needs of poultry in our region. 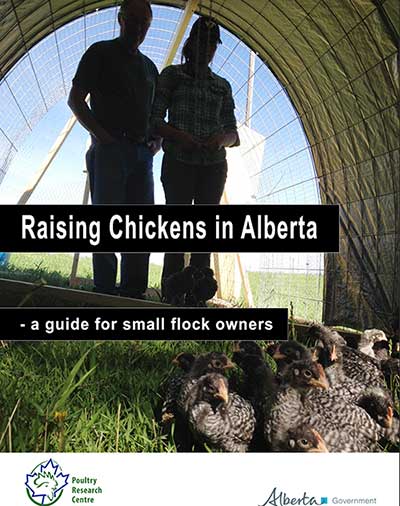 Protecting Your Flock from Avian Influenza

Wild birds can cause a lot of trouble for poultry farmers, creating mess with their droppings & nests, contaminating feed and harbouring disease & parasites. While this has always been a concern, the risks associated with wild birds are now higher and more serious than ever. Since the December 2014 outbreak of Avian Influenza in British Columbia, the rate of spread of the avian influenza virus across the Western United states is alarming. There are now 16 US states that have detected Avian Influenza since December, including Montana. Two cases of H5 avian influenza has also been confirmed in Ontario. The spread of the virus has been linked to wild birds, which are now migrating North – into our backyards. As many as 90 species of wild birds may harbour strains of avian influenza. It is imperative that each poultry farmer takes precautions to protect their flocks from wild birds, this resource outlines some steps you can take to protect your flocks.

NOTICE FROM THE EGG FARMERS OF ALBERTA – Egg Farmers of Alberta, a member of the Alberta Poultry Industry Emergency Management team, would like to update you on recent confirmed cases of avian influenza and to advise you of precautionary measures you can take to protect your poultry.

In April 2015, the CFIA has confirmed H5 avian influenza in three commercial flocks in Ontario. It is the same strain of virus that was detected in British Columbia in December 2014, and it is the same strain that is currently circulating in the United States. This H5N2 subtype, which is known to affect both wild and domestic birds, has not been detected in Alberta at this time. 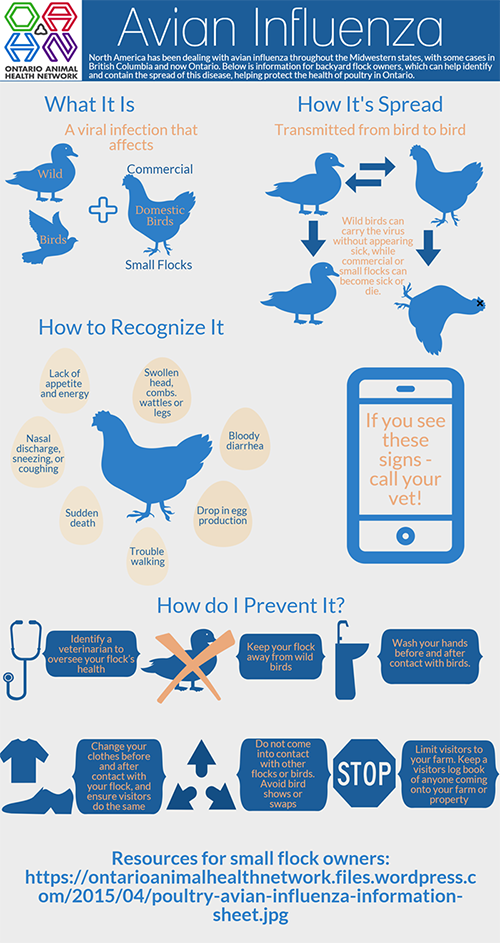